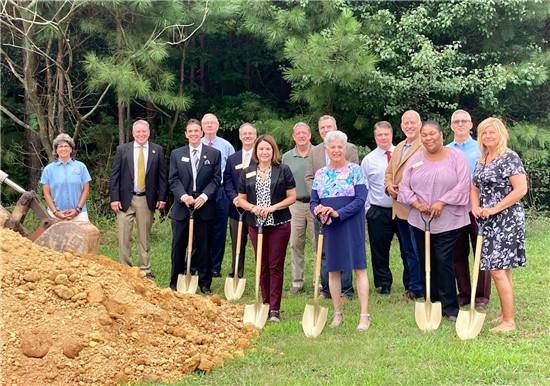 SNELLVILLE — City officials broke ground on the Greenway Trail Monday, a project which will provide a trail system around the city's The Grove at Towne Center development.

"This is a great day for Snellville," Mayor Barbara Bender said. "The Greenway Trail will provide visitors and residents with a beautiful network of paths to travel to and through our downtown development project, The Grove at Towne Center. The trail system will provide a safe and convenient option to people who want to visit our city by walking and bike riding."

On July 27, Mayor and Council approved a $1.1 million contract to the Dickerson Group for Phase 1 of the Greenway Trail. City Manager Butch Sanders said about $400,000 of that money will go toward stormwater improvements in the Towne Center.

Phase 1 of the project, the Towne Center Spine, is a .7-mile trail running parallel to Wisteria Drive along a mostly dry creek bed. This greenway will serve as a "border" more or less to the rear of the Towne Center and will provide another connection from City Hall and the Senior Center to North Road, Scenic Highway and the neighborhoods abutting the north end of Snellville's downtown.

Phase 2 of the project, to begin at a later date, will travel from Oak Road to Main Street in front of First Baptist Church to Church Street to Fremont Street. It will then connect to a path off Fremont Street into the Briscoe Park public use area. 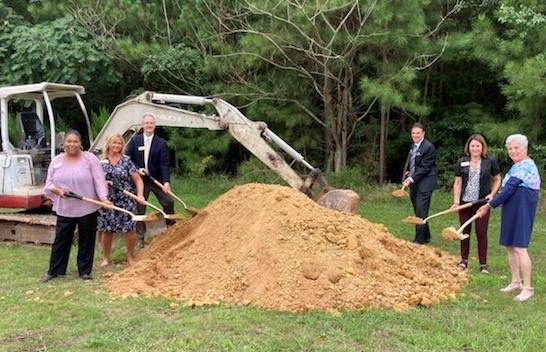 The Greenway Plan also calls for a 4.5-mile path from Snellville to Lawrenceville largely following North Road and Old Snellville Highway, which allows cyclists and pedestrians to travel on quieter roads away from the fast and heavy traffic on Highway 124 It also serves to provide additional connection to Alexander Park, just outside Snellville city limits.

There are also plans for a Main Street West / US-78 trail. At almost 5 miles in length, this is the longest and most ambitious of the greenways being planned by the city and Gwinnett County for the area. The goal is to give Snellville and the South Gwinnett area a connection to the existing trail network around Stone Mountain. This is a key connection for the future, as it links the growing Gwinnett County greenway network to the web of trails and greenways in the rest of the Atlanta Metro and beyond.

The Greenway Trail Master Plan can be viewed at https://www.snellville.org/snellville-greenway-master-plan-1