There will be three new construction projects in Snellville following action taken by Mayor and Council Monday.

An 11-lot single family housing development will be built on 2.765 acres at 2706 Lenora Church Road near T.W. Briscoe Park.

The development will include a total of 11 lots and abundant open space, according to developers. Homes will be two-stories with a modern farmhouse-style architecture, including a variety of concrete exterior materials. Homes will range between 2,400 and 2,800 square feet, all of which will include a minimum two-car garage.

The price of the homes will start in the mid-$500s. As proposed, the development will include sidewalks throughout the site, which provide safe and efficient access to Lenora Church Road and the park.

Mayor and Council also gave the go ahead for an indoor self-storage facility next to Hampton Inn & Suites on Pharrs Road near Highway 124.

Plans call for a three‐story, 100,149-square-foot climate controlled self‐storage facility on the 1.82-acre site located in the Park Place development which also houses Cracker Barrel and Freddy’s among other businesses.

T.W. Briscoe Park will get a much-needed new maintenance building as the current one housing parks equipment is in poor condition.

During the summer, the Mayor and Council approved a proposal from Champion Buildings, Inc. for the new maintenance building. The proposal also included delivering and erecting the building totaled $254,500.

The project will take place in three phases after a $1.569 million contract was awarded to Diversified Construction of Georgia. Funding for Phase One and Two of the project will come from 2017 Special Local Option Sales Tax funds.

Phase One – The civil and infrastructure work will be performed, including all underground utilities, paving and grading, building concrete pad, and all required plumbing stub outs.

Phase Two – The pre-engineered metal building will be erected by the manufacturer (already approved).

Phase Three – The interior build-out will be performed, including all interior partitions.

The City of Snellville is mourning the loss of longtime councilman Samuel Wayne Odum who passed away Thursday.
He was 92.
Odum was the longest serving councilmember in the city’s history, serving several terms spanning the course of 33 years from 1963 to 1999. The city’s former senior center was named after him, city officials said. He was instrumental in creating T.W. Briscoe Park and a sewer system in the city.
Former Mayor Emmett Clower praised Odum for his service to the city and considered him a great friend.
“Wayne Odum was a man of his word,” Clower said. “He loved Snellville.”
The City of Snellville flag at City Hall has been lowered in his honor.
Funeral services will be at Tom Wages Funeral Home in Snellville.

Several streets in Snellville will get new road surfaces and improved stormwater infrastructure thanks to action taken by Mayor and Council in recent months.

A total of 10 stormwater drainage projects will commence Dec. 1 to improve the handling of stormwater and reduce the city’s overall inventory of poor infrastructure.

Weather permitting, the $1.39 million project will be completed by The Dickerson Group, Inc. by June 2023.

Earlier this month, the annual resurfacing and paving project bid was awarded to Pittman Construction Company in the amount of $1.4 million.

The funds for the patching, milling and resurfacing will be taken from our LMIG allotment and city’s budgeted capital paving expense. The road improvements will begin after the new year and be completed, weather permitting, by June 2023.

The roadwork will take place in two subdivisions.

Residents approved a referendum that calls for the city to issue licenses to businesses for package sales of alcohol.

Now, Mayor and Council will determine the process of awarding liquor licenses through a new local ordinance including the number of licenses to be awarded. When stores will be able to sell liquor will also be determined in the new law.

SNELLVILLE — Residents will be asked in November to vote on whether they want the city to issue licenses to businesses for package sales of alcohol.

This Special Election will be held in the Snellville City Hall Community Room, located at 2342 Oak Road. Polls will open at 7 a.m. and close at 7 p.m.

If approved, Mayor and Council will determine the process of awarding liquor licenses through a new local ordinance including the number of licenses to be awarded. When stores will be able to sell liquor will also be determined in the new law. 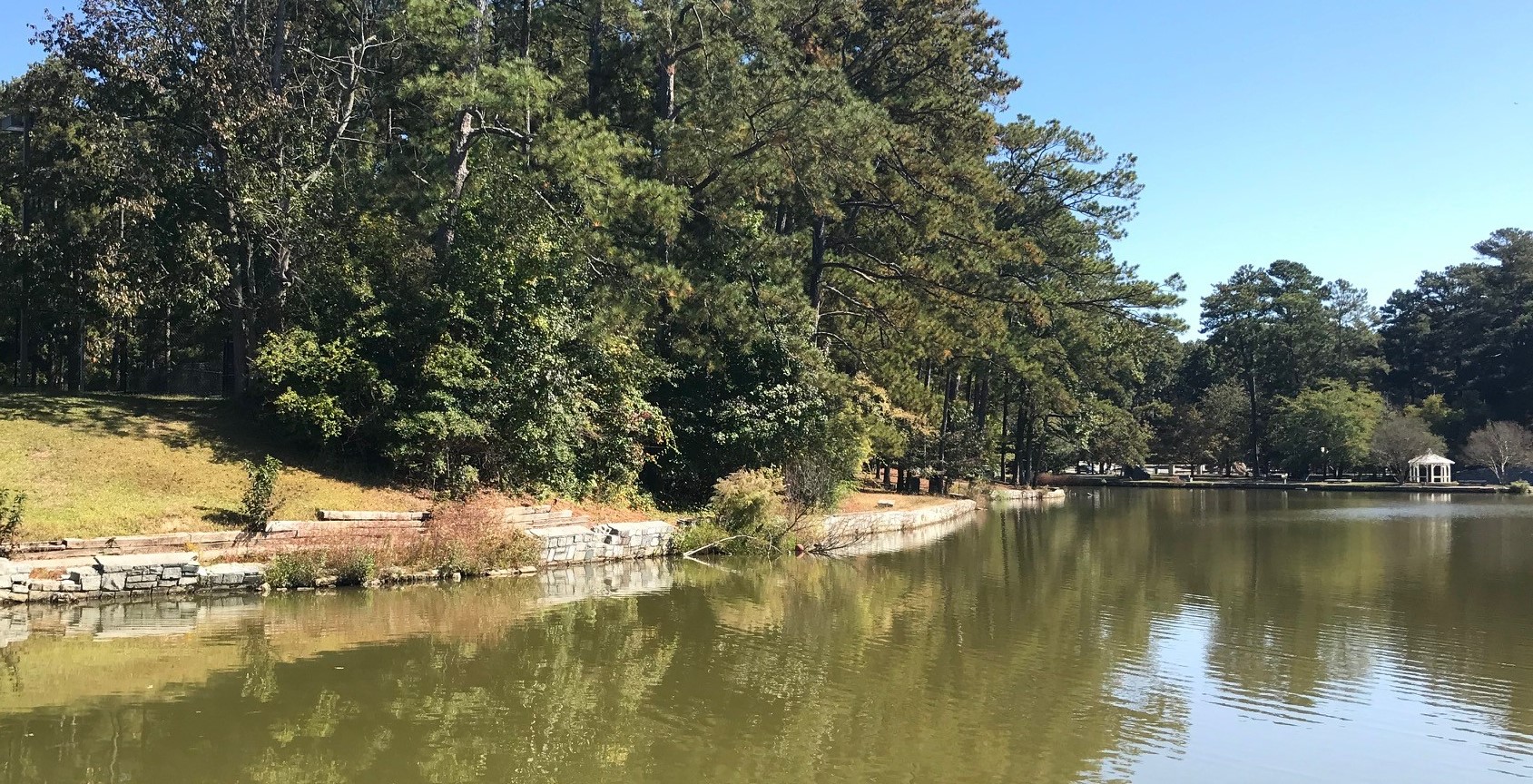 A 350-foot section of the Pate Lake Wall at T.W. Briscoe Park will be repaired thanks to a Community Development Block Grant.

The wall has been in disrepair for some time and the grant will cover the $204,210 repairs by Bailey Construction & Landscaping LLC.

Three hundred feet of sidewalk will also be repaired during the course of the project.

The lake will be drained when the repairs take place. A timeline for the project has yet to be determined.

The Snellville Police Department is pleased to announce it has received a $95,096.06 grant from the
Governor’s Office of Highway Safety (GOHS). These funds will continue to support the department’s Highway Enforcement of Aggressive Traffic (H.E.A.T.) unit.

The funds from the grant will help finance operating expenses and activity hours for the H.E.A.T. unit. The
goal of the H.E.A.T. unit will be to reduce crashes, injuries, and fatalities caused by impaired driving,
speeding, and unrestrained occupants.

The Snellville Police Department H.E.A.T. unit will participate in G.O.H.S. mobilizations and campaigns
such as Click It or Ticket, Operation Zero Tolerance as well as the G.O.H.S. Thunder Task Force
mobilizations. The H.E.A.T. unit will also partner with regional local traffic enforcement networks to further
combat impaired and aggressive driving on local roadways.

“The Snellville Police Department is excited to continue our partnership with the Governor’s Office of
Highway Safety. The grant will enable us to increase our enforcement efforts allowing us to impact impaired
driving, distracted driving, speeding and other serious traffic offenses occurring in our city. This will help us
achieve our goal to significantly reduce injuries and fatalities resulting from these violations while improving
the safety on our roadways for the motoring public,” said SPD Chief Greg Perry. 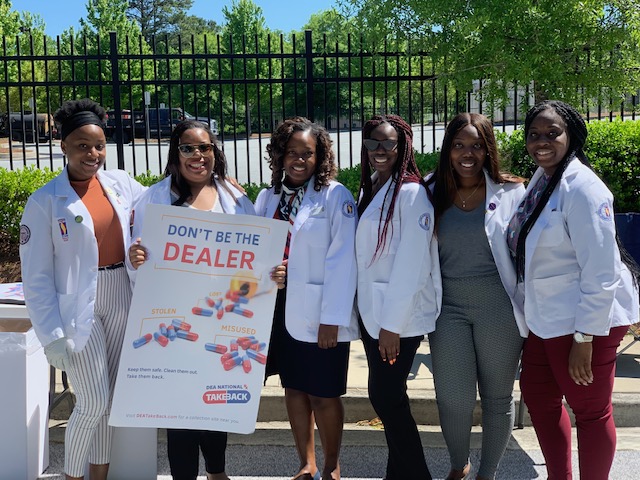 SNELLVILLE — In an effort to safely discard unused and expired medication, there will be a Drug Enforcement Agency Drug Take Back hosted by the Snellville Police Department Oct. 29.

The event will take place from 10 a.m. to 2 p.m. at the Snellville Police Department, 2315 Wisteria Drive.

Participants can drive or walk up and drop discarded medication into the drop boxes. Medication may be left in its original containers with or without the labels as all items discarded are burned.

Please do not bring needles or sharp objects for disposal.

The City of Snellville is soliciting competitive bids from qualified vendors for the resurfacing and
paving of City Roads for FY 2022-2023.

SNELLVILLE — City officials, including Mayor and Council, will take part in diversity training headed up by the Georgia Municipal Association.

The program, led by GMA Director of Equity and Inclusion Freddie Broome, is called EMBRACE and focuses on diversity, equity and inclusion.

According to the GMA website, “the EMBRACE webinar series emboldens, educates and nurtures employees, member cities, business and community organizations to embrace differences and encourage belonging by fostering relationships to advocate community engagement, equity and inclusion for the betterment of all.”

“Often people think it’s a program about race or gender,” Broome said. “Our EMBRACE program is so much more than that. It’s about making people aware of different cultures, the differences that are in their community whether its race, gender, ethnicity, nationality, sexual identity, sexual orientation. At the end of the day we are all different and we have to find a way to (determine) how we bring those differences together to make our community stronger.”